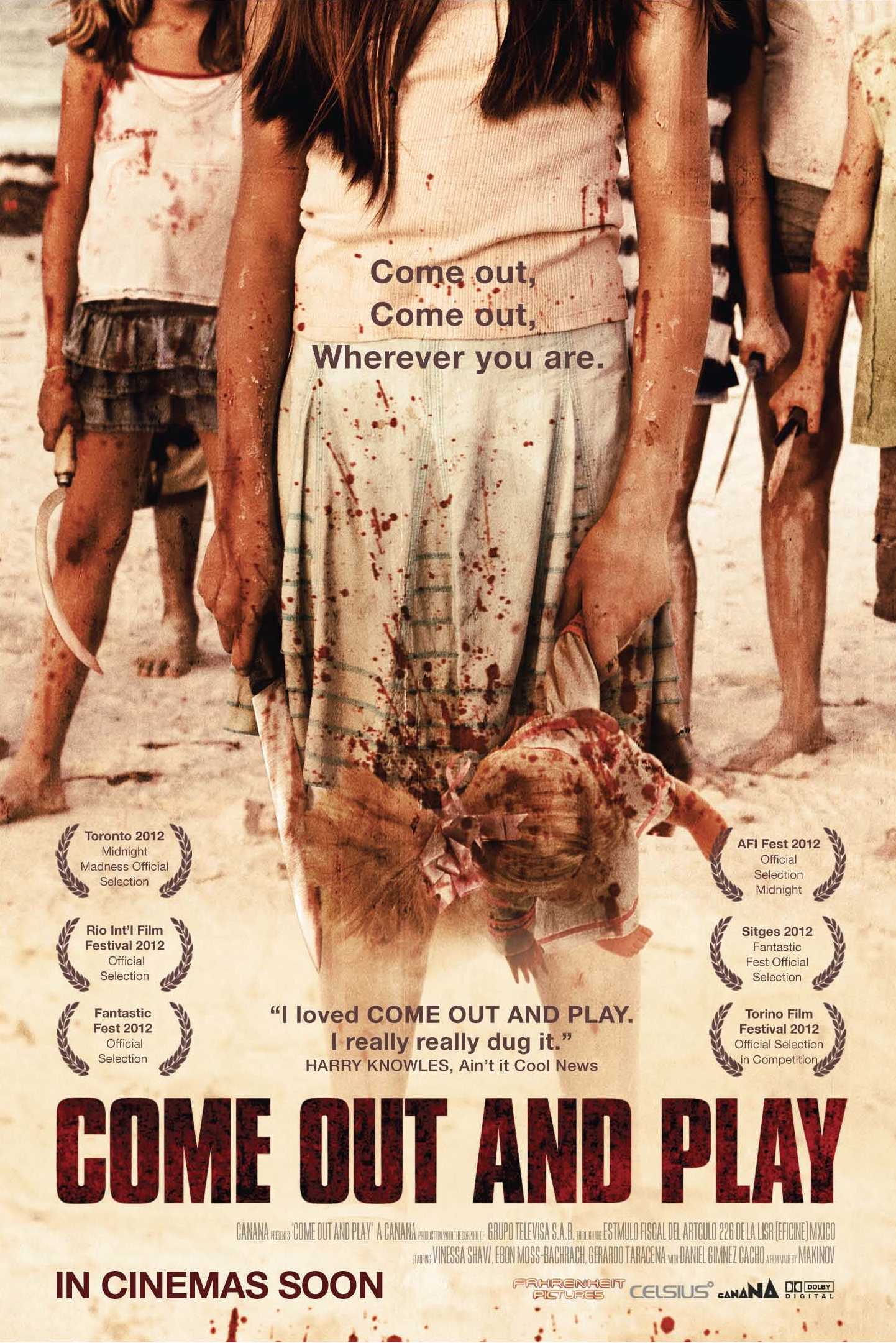 COME OUT AND PLAY

Beth and Francis, a young married couple, are on holiday together when they venture to a beautiful, but highly remote, island. Beth is pregnant and the two are hoping to enjoy their last vacation before their baby is born. When they arrive, they notice that while there are plenty of children present, the adults all seem to be missing. Initially attributing this to the after effects of a recent festival, they quickly realize something far more sinister is afoot. The two will face terror and unsettling difficult decisions in their quest to make it off the island alive.

“I loved COME OUT AND PLAY. I really really dug it. In fact, at this point in the fest, it’s my favorite I have seen.” Harry Knowles, AIN’T IT COOL NEWS

“Makinov’s film proves tough and smart—and, in its climactic irony, not without a jet-black sense of humor as well.” SLANT MAGAZINE

“COME OUT AND PLAY picks up a heap of steam and becomes a suspenseful little thriller with a nasty edge.” FEARNET

“Filmmaker Makinov has infused the proceedings with a gritty feel that’s clearly been designed to evoke the low-budget horror fare of the 1970s, with the movie’s irresistibly old-school atmosphere perpetuated and heightened by its down-and-dirty visuals, impressively menacing score, and slow-moving, tension-building narrative.” REEL FILM

“If anything, COME OUT AND PLAY is a horror thriller that still manages to deliver on both production value and intensity.” BLOODY DISGUSTING