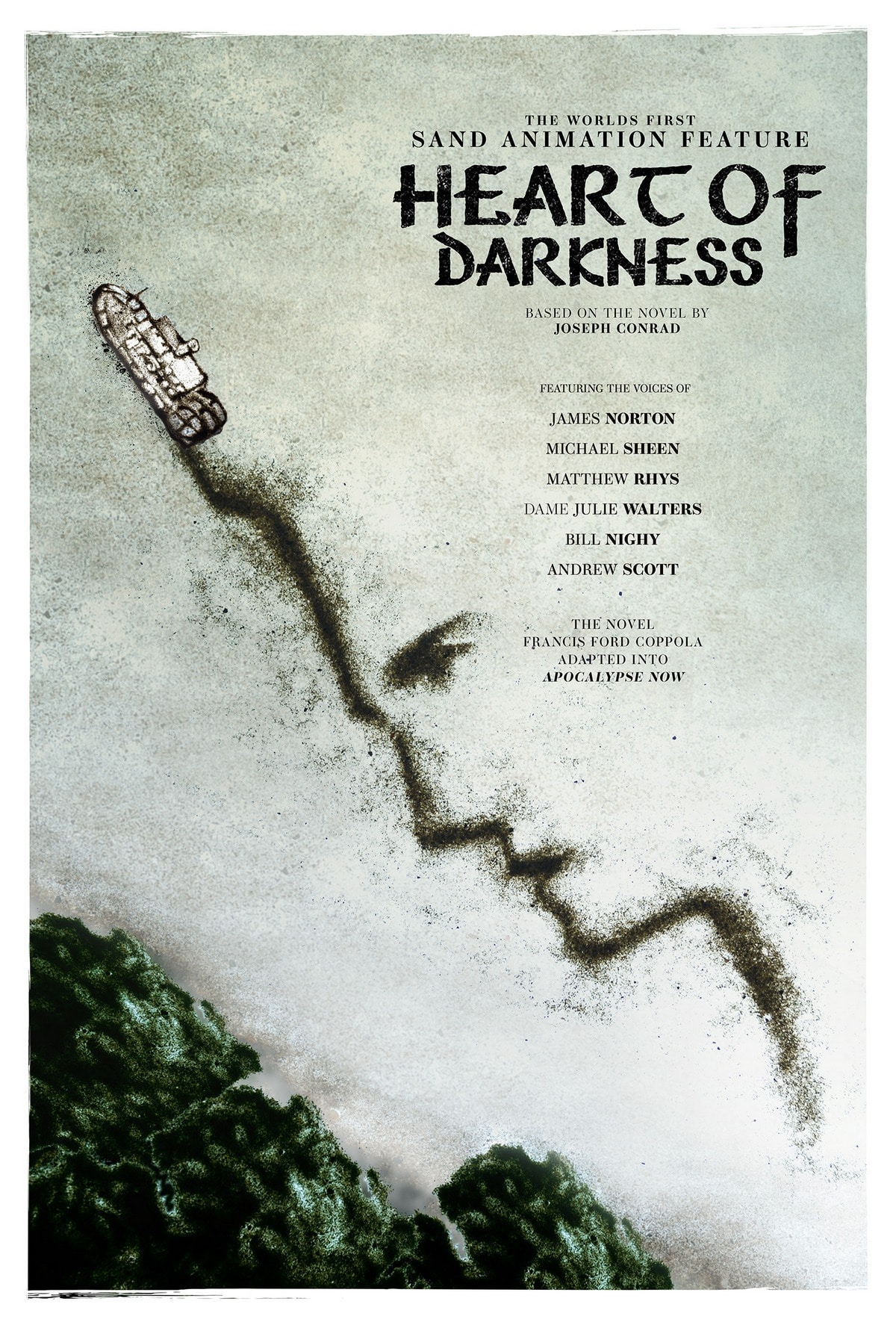 The novel Orson Welles had planned to shoot before CITIZEN KANE, and Francis Ford Coppola adapted into APOCALYPSE NOW…

A young sailor named Marlow travels to the Congo to take up a position as riverboat captain for an ivory-trading company. His first task is to follow the Congo River in search of the mysterious Mr Kurtz, an agent of the company who has gone rogue. On his way he and his crew encounter widespread inefficiency and brutality in the company’s stations, but this is nothing compared to what they find at Kurtz’s station: deep in the wilderness he has become the ruler of his own brutal kingdom, exerting power of life and death over his native subjects.

Matthew Rhys (Emmy Award Winner & two-time Golden Globe nominee) (A BEAUTIFUL DAY IN THE NEIGHBORHOOD, MOWGLI THE REPORT, THE POST, BURNT, THE EDGE OF LOVE. TV credits include PERRY MASON, BROTHERS AND SISTERS and THE AMERICANS).

Screenplay by: Mark Jenkins & Mary Kate O Flanagan
Based on the celebrated novel by Joseph Conrad

It has been analyzed more than any other work of literature that is taught academically (according to literary critic Harold Bloom).

French philosopher Philippe Lacoue-Labarthe called it one of the greatest texts of Western literature.

Seldom can an author have achieved his aim for a novel more completely than Joseph Conrad with Heart of Darkness. Conrad once wrote how he hoped to instil enough power in the sombre theme of the book that it would “hang in the air and dwell on the ear after the last note had been struck”. Few could argue this is what he did. (The Independent)

Few things have had such a profound effect on me as my passage towards understanding this book. When I began to realise how many possibilities the book contains, and how beautifully Conrad brings out their meanings, I felt enlightenment. (The Guardian)

Not only is it a staple text on the syllabuses at schools and universities in English-speaking countries, it also appears on many curricula around the world (including India, Hong Kong, Czech Republic, Norway etc).