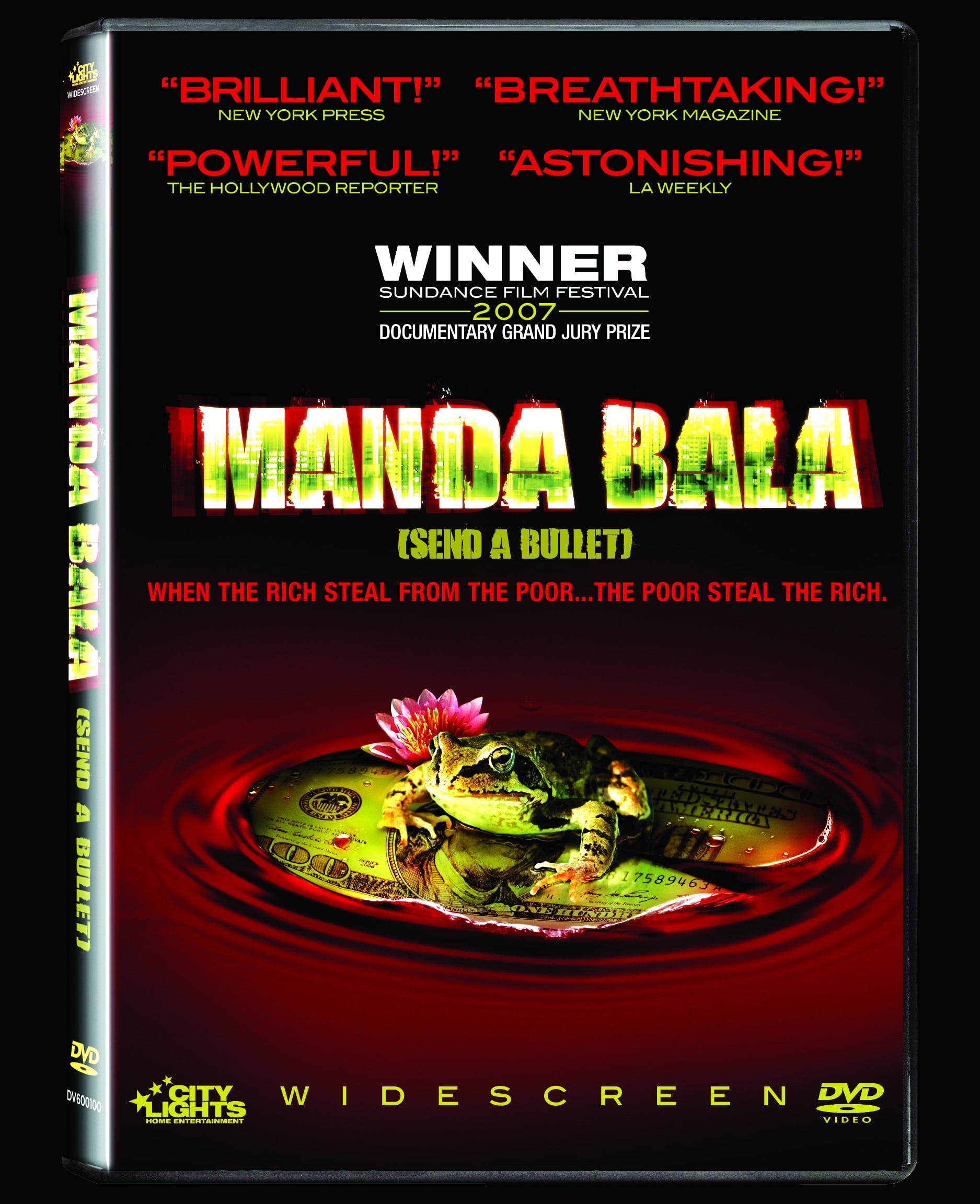 MANDA BALA explores the cycles of violence that plague Brazil’s upper and lower economic classes in fits of rampant corruption and violent kidnappings. The film chronicles these cycles by utilizing highly personalized stories that reflect the growing truth about Brazil’s huge economic disparities – differences that cause violence on both sides of the spectrum.

A frog farm connected to a corrupt politician and one of the most powerful men in Brazil; a kidnapping victim who had both her ears cut off before she was released to her parents; a wealthy plastic surgeon who pioneered the procedure used to reconstruct the ears of kidnapping victims; and a kidnapper who has watched many like him escape the poorest parts of Brazil for the wealthier Sao Paolo, where they terrorize the upper class with kidnappings, theft and murder.

MANDA BALA explores the various cottage industries cropping up in response to the violence and links these stories to weave a compelling narrative about what happens in a country where the rich and powerful steal from the poor, and in turn some of the poor terrorize the rich. MANDA BALA is directed by newcomer Jason Kohn.

“Made with energy and style” Los Angeles Times

“Kohn, who shot Manda Bala in lush widescreen format and makes deft use of Brazilian pop music to give the film a cleverly incongruous soundtrack, is intent on making a picture that is as visceral to watch as it is to contemplate”  Rene Rodriguez Miami Herald Top Critic