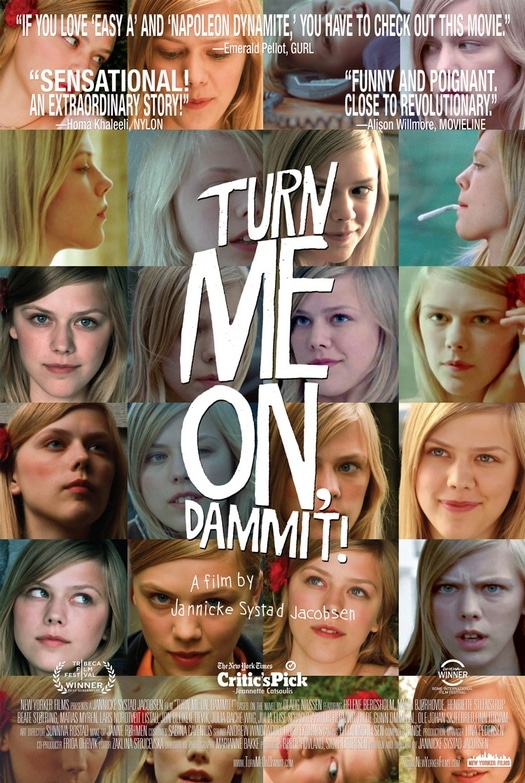 TURN ME ON, GODDAMMIT!

TURN ME ON, GODDAMMIT! is 93% Certified Fresh!

Turn Me On, Goddammit! is about Alma, a small-town teen with a big imagination. Horny and looking for love, she has only her lively imagination and a kindly phone sex operator to ameliorate her frustratingly lonely and chaste life. But Alma’s active fantasy world and even more active libido only seem to get her into trouble. After a titillating yet awkward encounter with school heartthrob Artur promises to literally make Alma’s dreams come true, she is instead shunned by her catty classmates and saddled with a particularly unkind nickname. Suddenly a social outcast, Alma is desperate to just move out of town and on with her life… if only growing up was ever that simple.

Writer: Jannicke Systad Jacobsen, Based on a novel by Olaug Nilssen